In the past, I've had the immense pleasure and learning curve of working on OneFootball's Android app. The app is considered to be one of the most (if not the most) successful football apps on Google Play. 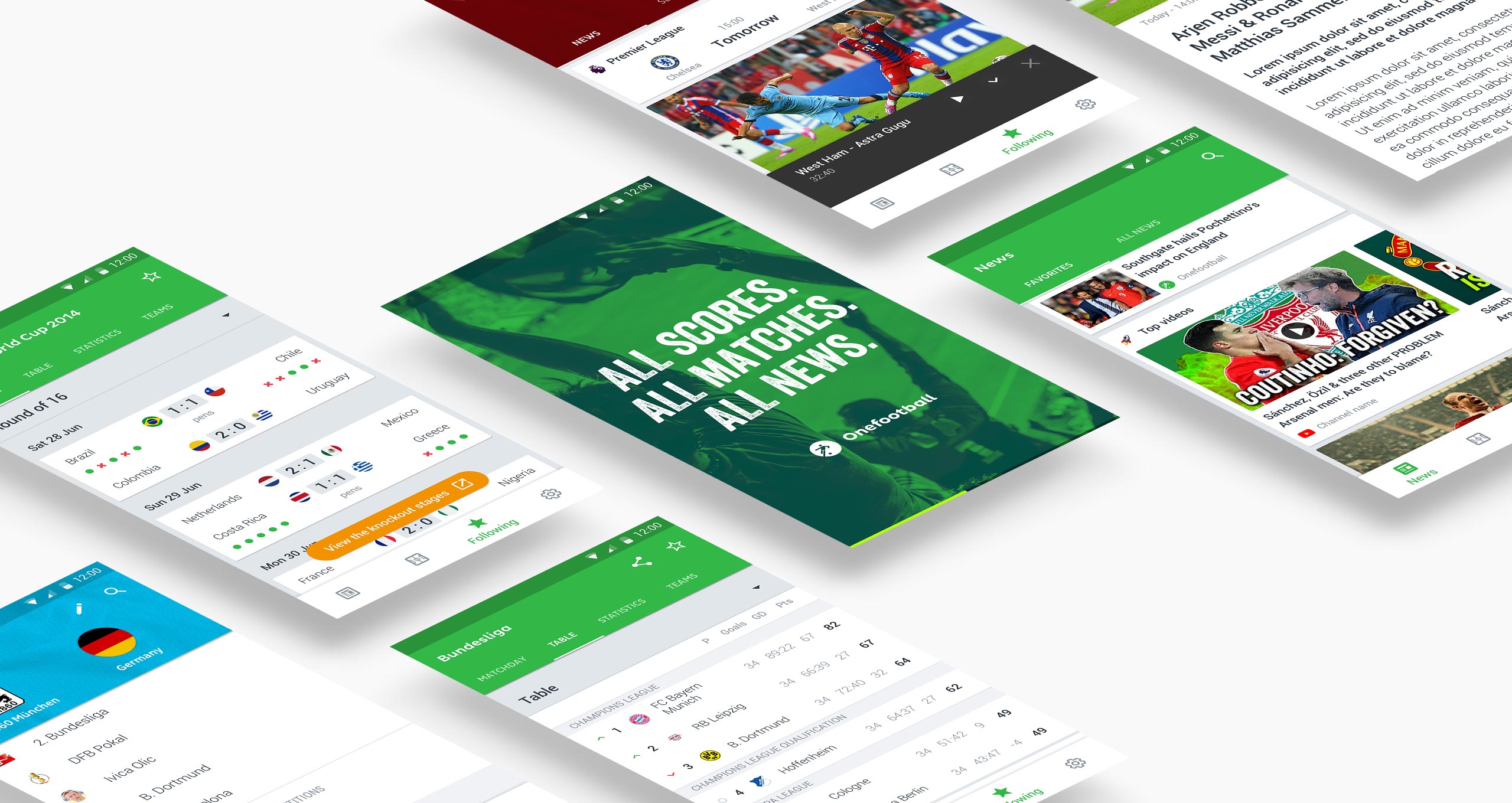 My time working on the app came at an interesting period during its development. Already a successful app which averaged users in the six figure ranges daily, it became clear from a product perspective some key features weren't performing as well as they could.

What were these key features though? Well, being an app that keeps track of all the scores it possibly can around the world, matches are quite important. Given that accessibility to matches was somewhat hidden, the lack of clarity when also selecting a favourite team or competition also hindered the users experience. Clearly we had some navigational gremlins. 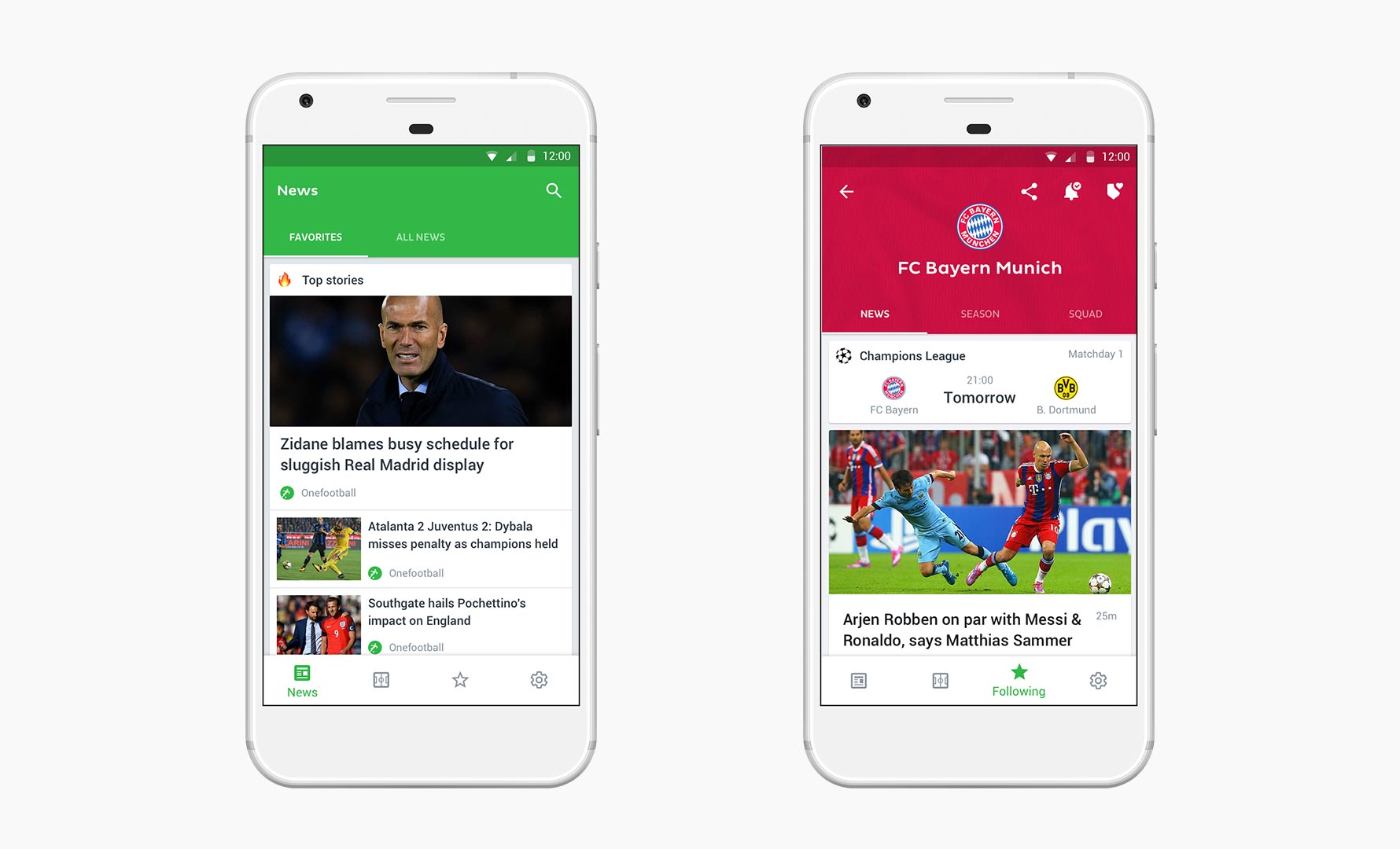 At my arrival, the app was leverging a hamburger navigation. Immediately you would land on the apps news experience, however unless a seasoned user or just familiar with Android patterns, you could easily miss the latest scores and matches. Not only the matches, but as mentioned keeping track of how you follow your favourite teams and competitions. It didn't just feel hidden, the numbers showed these sections were hidden with much lower engagement than expected.

It seemed clear from a product point of view at least that the hamburger navigation could be contributing to the low engagement of those sections — actually, it definitely was.

With various testing sessions conducted with our user researchers and design team, we infact discovered, not a lot of people were using the navigation for anything at all. Of course, it's always tricky to make definitive conclusions from a controlled user test. However, we definitely had the data to back it up from our backend monitoring.

Utilising the excellent research and work done by the product and design team at OneFootball, we decided to go with a bottom navigation bar. It felt obvious in many respects — afterall, Google had began to push the bottom navigation as a component in their Material guidelines.

This also made sense from the perspective that no longer would the user require two or more taps to get to the matches section or a specific match, it would be there, readily available at a tap. It directly benefited the following of entities too, subsequently leading into a revamp of that section.

In some ways, it also meant our app would almost mirror the iOS app in terms of information architecture as well. Every consistency merchants dream!

Note: If you would like to and are the slightest bit interested in how we got there, you can also reference this article.

Despite our research and gut feeling, we discovered one little flaw in user testing. We had opted to omit the bottom navigation from every child page in the app. In retrospect, we realised we had to change something before we submitted the new version of the app. Discovering that our external testers were stuck in a never ending back stack of teams and competitions, we had to do something.

Essentially at this point our solution became to re-introduce the navigation bar on team and competition views. It made the most sense and ensured the user could get back to top level as they pleased - or - use the up button. This also meant child pages like individual matches didn't need it because if you were to navigate away to a team for example, you can get back with both the back button and bottom navigation (to top level at least).

Short answer — yes! Initially we saw some poor reviews come in via Google Play. Whenever you make a change of this magnitude to an apps user experience, you should probably expect some level of pushback from loyal users. Fortunately however, this was few and far between as we had initially launched to 5% then 20% of users with feedback gradually improving day by day. The app is still rated 4.7 on Google Play as we speak ✌️