My time at Aula Education primarily revolved around building the core app experience and visual language for long term use. In other words, equipping a modern EdTech tool up to modern standards. 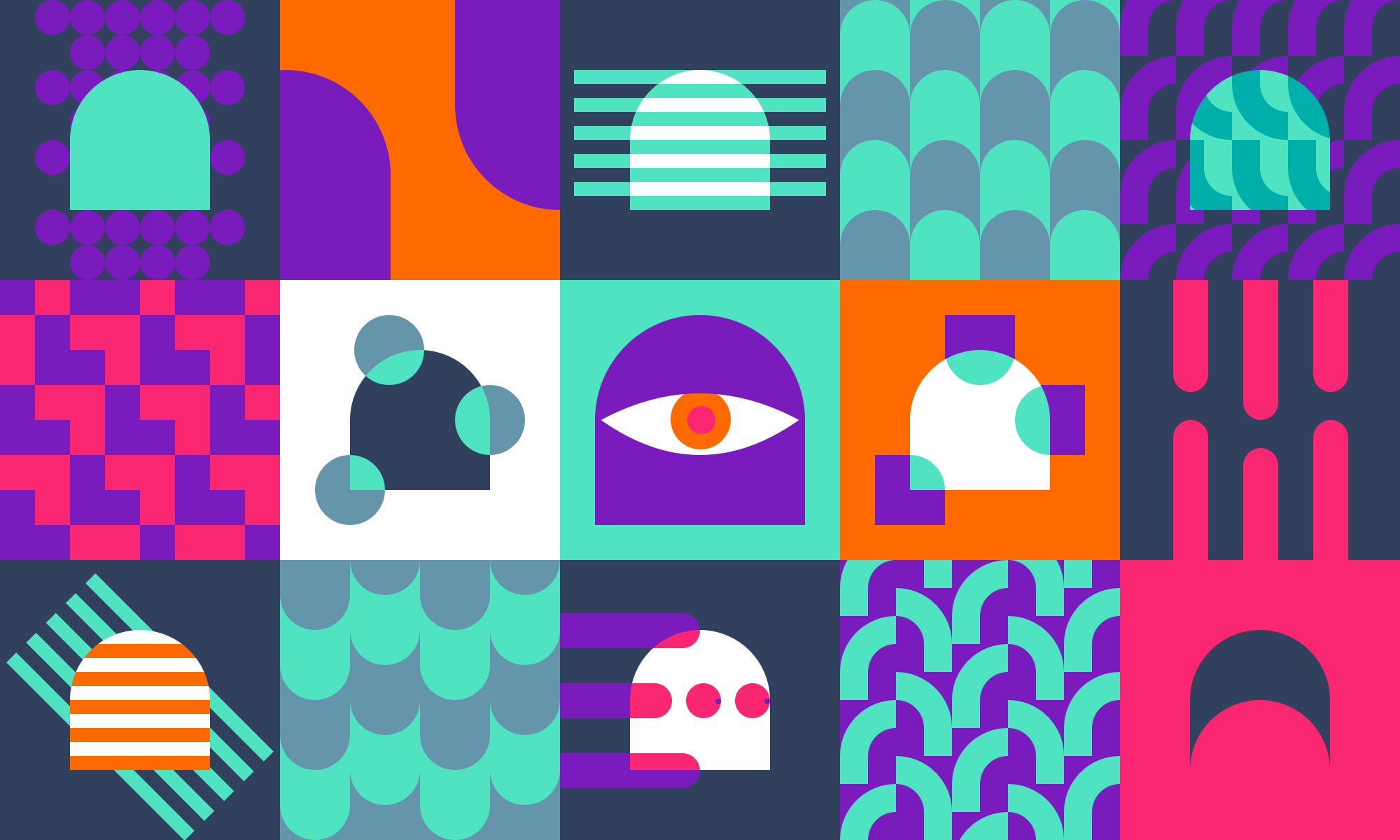 As the first product designer on the team, I was tasked with building the core pillars of Aula's main product and ecosystem. We came at this from many different facets, but our focus saw us delve into solving issues with accessibility as well as building a simple design system to improve the lives of educators.

Aula's goal is to bridge the gap between educators and students in higher education. As an aside, it is also to replace outdated software in universities, which has held a lot of institutions back technologically.

The benefits of modern tech in ...EdTech?

What are the benefits of modern apps in educational institutions? Well, we found through research that legacy tools such as Moodle and Blackboard had near minimal engagement. Often implemented differently from institution to institution, some better than others. 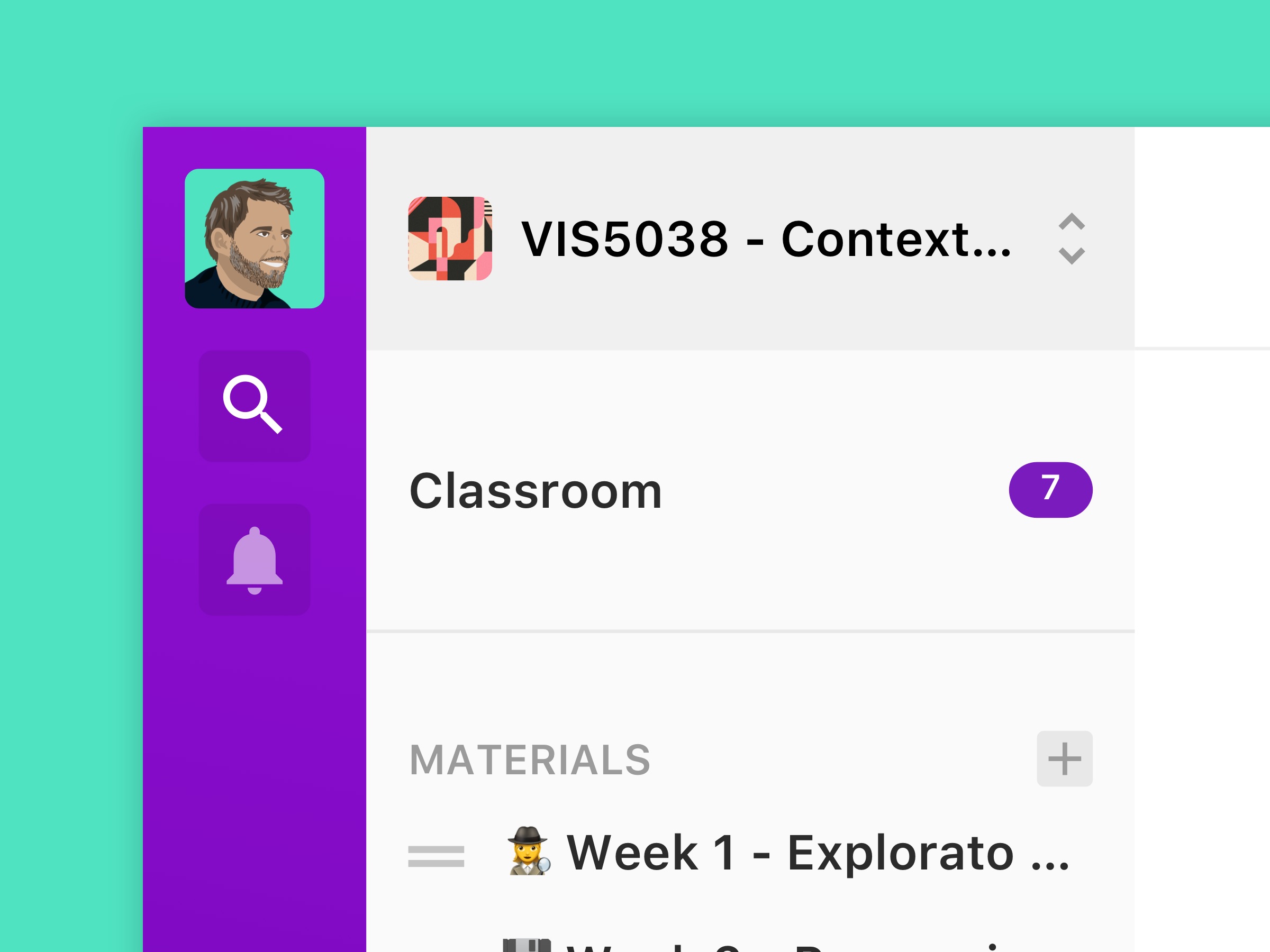 Those tools made it quite difficult to find things and in fact, saw very little student engagement. Often we would find that in classes of 20+ around a maximum of 3 students were consuming the content their educators were uploading to these platforms.

In other words, they just became a space for educators to upload module content that was being consumed by very few students.

Aula then found itself in the unique position of being able to build simpler tools, not bound by a bloated feature set. The primary driver in everything we'll take about today was to benefit educators and students.

In some ways you can look at it like this...

With that in mind, it made sense for us to focus on those who struggled the most with these types of tools. The educator. They may not always struggle from lack of technical understanding, but they were in need of something to spread course materials more efficiently.

A better way to communicate.

To put it bluntly, this role required one to wear multiple hats. Tackling primarily the core features as well as visual language, this required me to be researcher one week and sometimes a hyrbid of design and engineering to help prototype or build features.

The role also required assistance in building and supporting the design team to achieve the goals above.

Speaking of goals, to help the business fulfill its goals, a lot of collaboration between design, engineering, product, key stakeholders whether at institutes or internally with our support teams was part and parcel of the job.

In other words, due to having a small team, the role required me to be a little more hollistic to achieve the desired outcomes.

When approaching the original bootstrapped Aula product, it was important for us to assess what was working, what wasn't and what was just pure bloat to a potentially very visually lightweight product.

As you can see above, we found ourselves auditting what we had and especially going off the feedback of educators. There were buttons that looked the same, but behaved differently. There were pieces of UI not quite responsive enough to interaction and some too steeped in logic.

Ultimately though, we also had to make an effort to meet WCAG double A standards. Especially if Aula were to cater for a wide variety of educators and students from all walks of life.

So with all that said, it was important we focused on these topics to enable scalability and understanding amongst the user.

It's also important to note, we needed to build out a visual language that could support the above ecosystem. Aula the app itself was one thing, but we also had tools that supported the main application, including a grading tool (Handin) and an editor used across the various Aula apps (TH90).

Putting it all together

One of our approaches to solving a lot of the visual bugs and introducing accessibility incrementally was to build out a small design system called Aula UI.

We picked this as an approach and aimed for company buy in because we saw the long term benefits of having our Lego pieces so to speak. We had a lot of features and tooling to build for our institutions in a short space of time, so setting ourselves up for the task with the right building blocks was important. 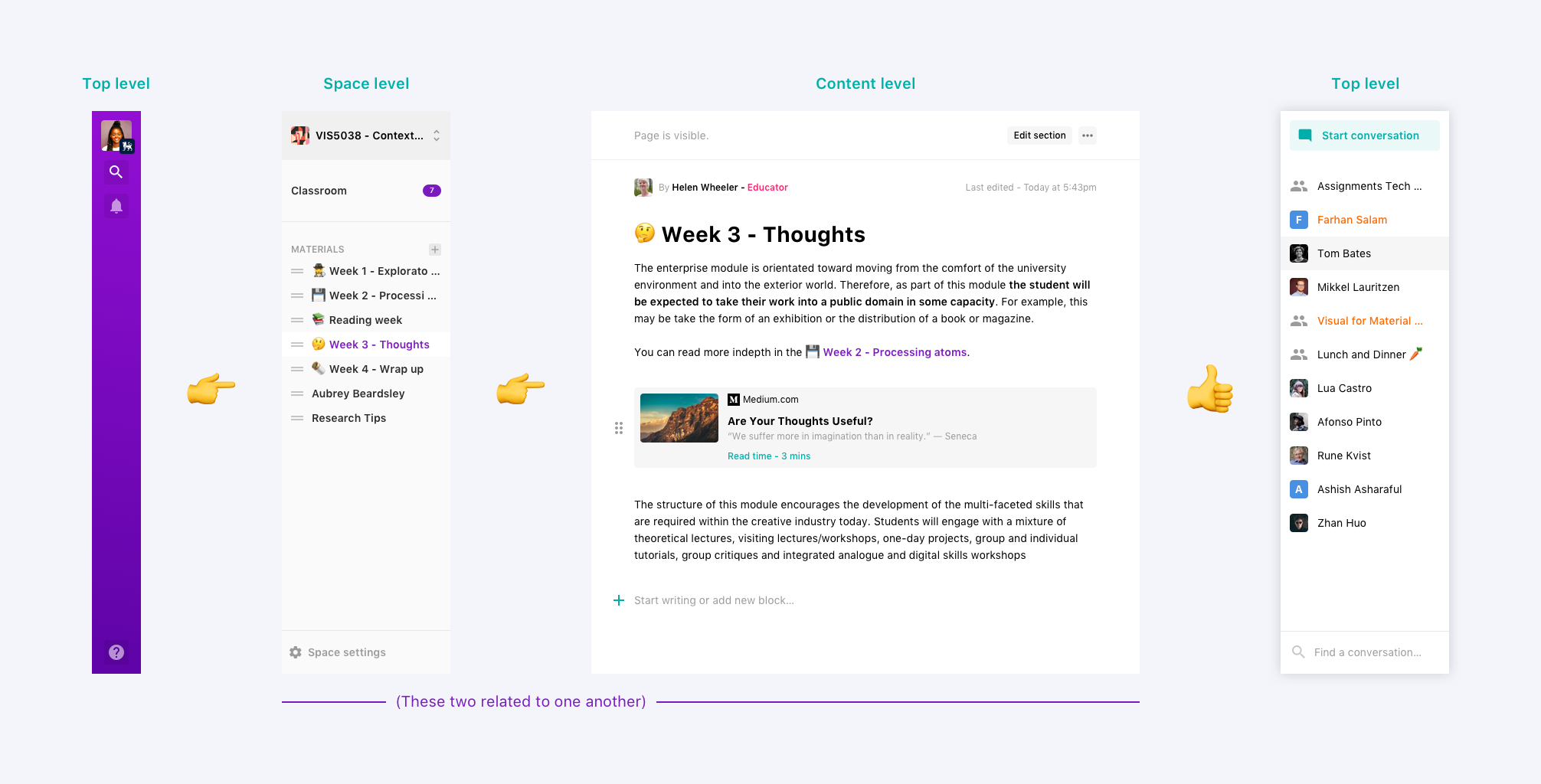 Here you can find a sample of the smaller pieces we built out in the design system. Subsequently, this lead to us to building prototypes for user testing like so. 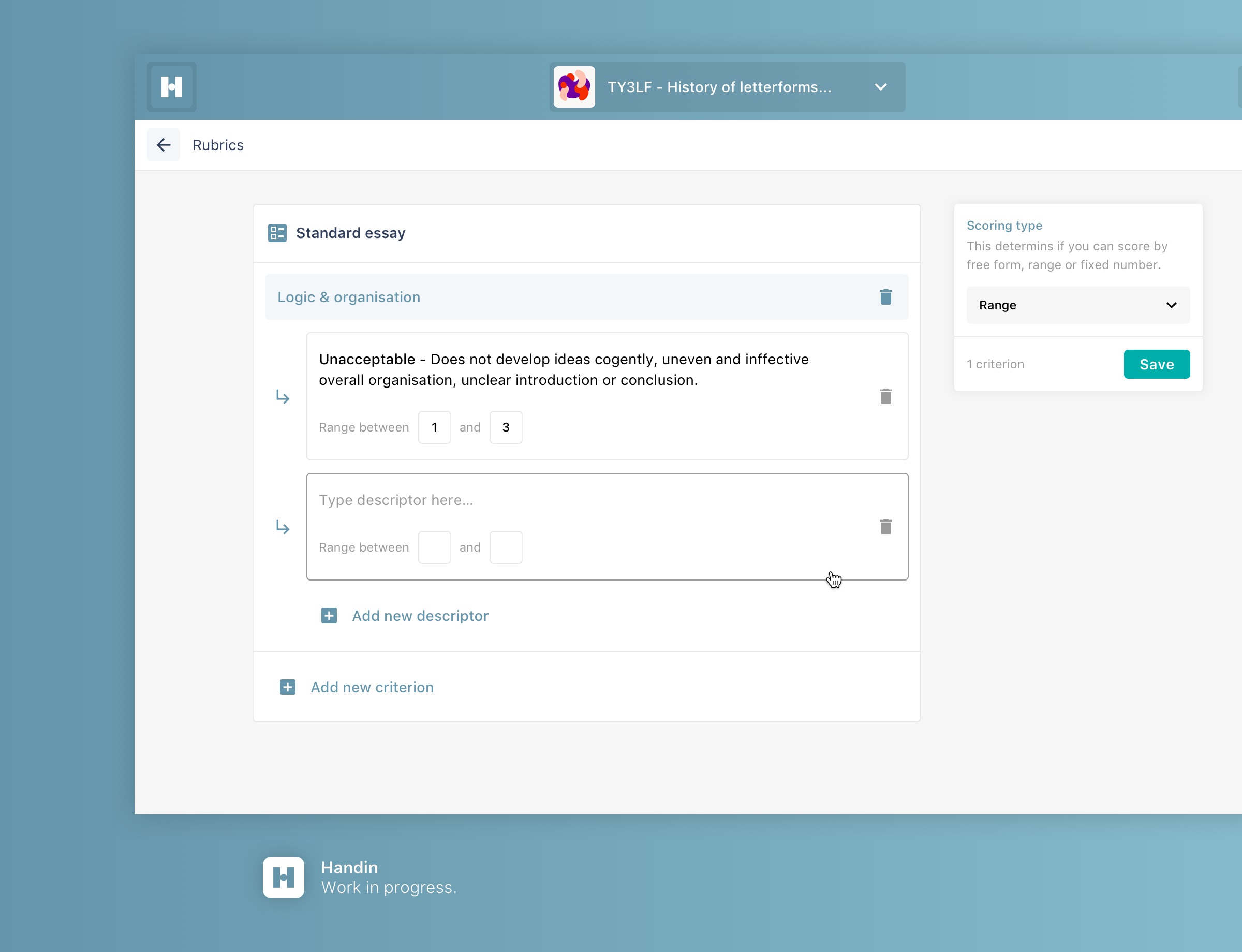 As you can see above, the design system was then used to build out our core tools. Handin, which is a topic in of itself, was the grading tool for papers that Aula built to rival some of the more established ones such as TurnItIn.

Rounding this up, we found that a lot of our hypotheses with simpler UI started to be slowly validated. Through the excellent research conducted by Euge Ortiz and the wider team, we started finding pain points that we could solve with quick wins.

Sometimes, it's not always the most complex solution, but the simplest that enables someone to do something! In this case, we enabled educators to forge a stronger bond with students and a little more of a direct line of communication. 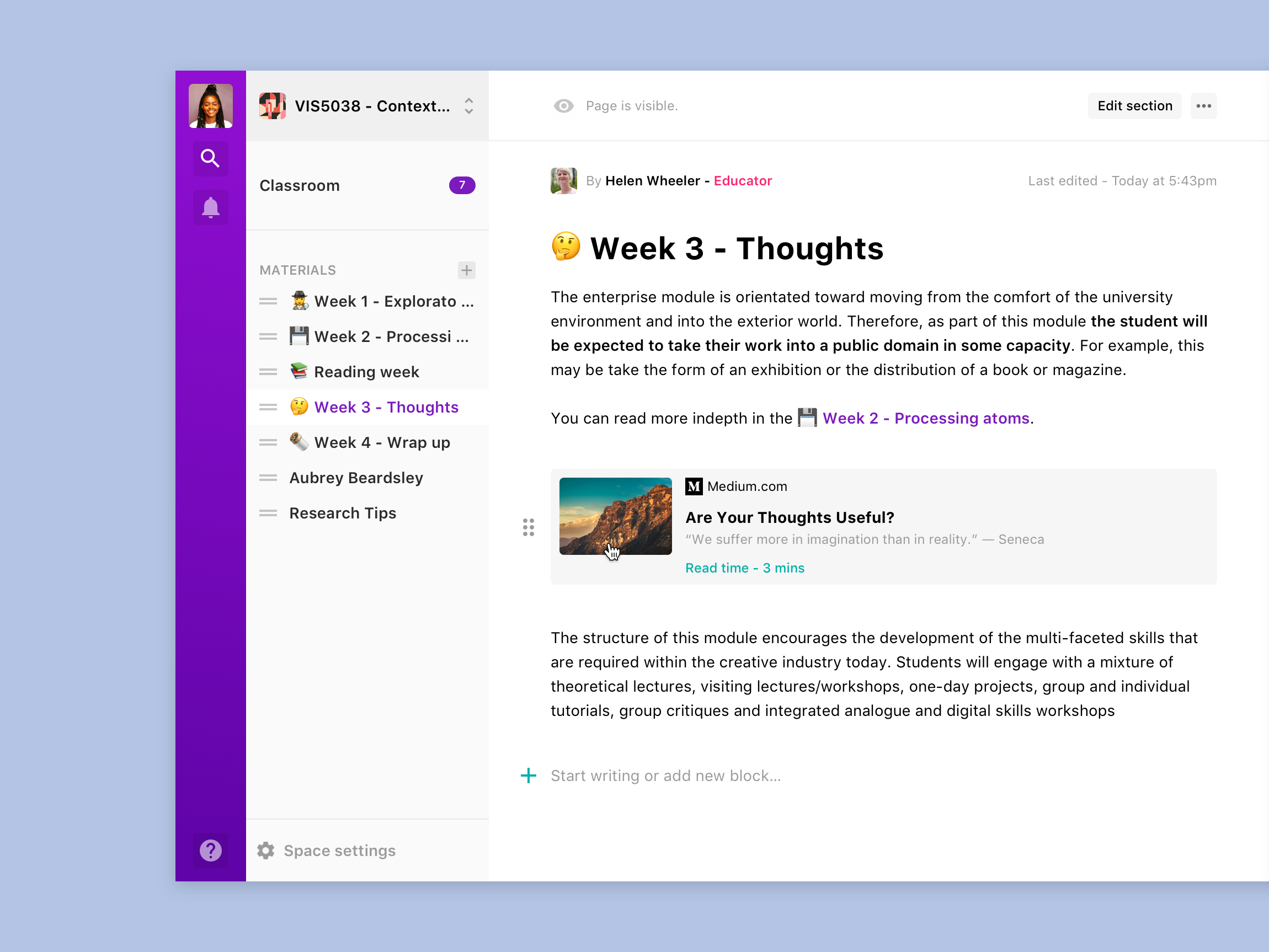 Educators had initially met the update visual look of Aula with a tiny bit of resistence, but once they saw tasks such as search or organising course materials simplify, they warmed to it.

Actually, change is something a lot of the educators we spoke to seem to struggle a little bit with. With the right amount of empathy and understanding though, you can make subtle or large visual changes and eventually alleviate their resistance by making their lives easier.

If you are interested in reading further, Aula provide excellent case studies on the impact of their product via their website. Check out this one about Coventry University.